All articles tagged with "Scat Mistress"

It had been long since mistress Gaia made a poo video. She needed to make a new one and she did it with the help of her friend and two guys who loved eating shit. She had promised them a fuck if they managed to do things the way she asked them and if the shoot went viral. So they did their best with the fuck in mind. They did everything she asked. 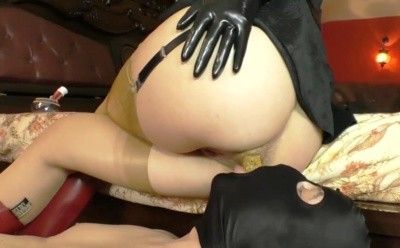